Want some Retro Vintage Action figures from your childhood? Then Take a look at thetoyscavenger.com

If you love action figures as much as us then take a look at this Vintage Action Figure store called The Toy Scavenger.

They are a new interdependent collectible Vintage Action Figure Store, and they have some great items.


Take a look at there items and you will see Aliens, TMNT, Terminators, Batman, M.A.S.K and many more.

Go on have  a look @ The Toy Scavenger
Posted by Oh So Marvelous at 11:24 No comments:

Their scouting team and buyers travel all over the world to bring you the best Action Figures from your childhood, Weather you are just starting your collection, You have been a serious collector for years, or just want to reminisce with a trip down memory lane they don't mind, everyone is welcome.


With great deals and information about the figures you surely cant go wrong with The Toy Scavenger.

If you want to revisit your childhood and pick up a Original Vintage Teenage Mutant Ninja Turtle Action Figure, maybe Leonardo, or Michelangelo, then visit the site take a look around, watch some clips, find out why in the UK they were called 'Hero' turtles, and not 'Ninja', and maybe even buy one for yourself.

They also have our favourite Marvel and DC Comics Super heroes from the 80s, and 90s, Captain America, The Hulk, Batman, The Joker, even The Silver Surfer.

The Toy Scavenger isn't just a toy store, its a place where collectors and fans, children and adults alike, or any body can learn new things about their Action figure, or take a trip down memory lane and get a collectible that can be passed down through generations for years to come.

We love The Toy Scavenger, and highly recommend it.

Posted by Oh So Marvelous at 08:17 No comments:

Snuggle up and feel like a superhero with this awesome Spiderman blankets! A perfect Spiderman fanatic gift! 100% Polyester 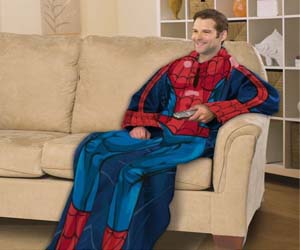 Guys and Girls, Pre-pair yourself for this!! This is a Replica Batmobile from the Classic TV Show of the 60's Staring Adam West as the Cape Crusader! 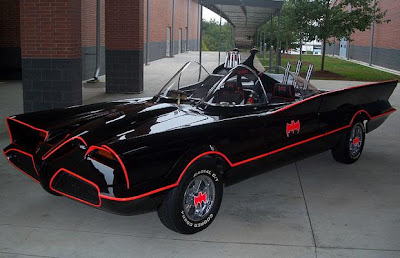 Are you a Batman fanatic? Do you have a bank account like Bruce Wayne? Then this replica Batmobile is just the thing you’ve been looking for!

It’s time to fight crime like the dark knight, or at least Adam West! 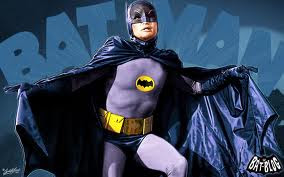 You can get this Awesome Car @ Awesome Inventions
Posted by Oh So Marvelous at 05:55 No comments:

This is Amazing and I'm sure you will love it as much as me! Its a Flash USB Drive in the shape of Ironman! Who better to protect all your files then iron man himself? or his hand anyway.

This iron man hand USB drive can store up to 8gb of files (16gb available) and features an led blast light which lights up when connected! Now the power is on your hands to go buy this! you can get this Item @ Awesome Inventions
Posted by Oh So Marvelous at 05:48 No comments:

Who is your Favorite?

At Ohsomarvelous.com We Love all things Marvel comics, DC comics, Comic Books, Comic book art, Action Figures, and anything else. Its all in the name of fun so please take a look at our posts and comment. Thanks for looking